Reviews
4.5/5 (5200 Google reviews)
Book now
Autoworld is located in the halls of the Cinquantenaire Parc, one of the pearls of our architectural heritage in the heart of Brussels.

Autoworld has one of the largest car collections in Europe, with more than 250 vehicles. It traces the history of the automobile. 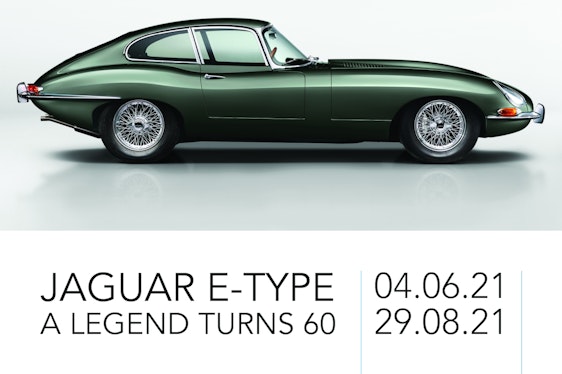 The iconic Jaguar E-type, the dream car of many motoring enthusiasts. This summer it will be celebrating its 60th birthday at Autoworld in Brussels. Some fifteen models will be on show, and from mid-July until mid-August they will be joined by a Jaguar F-TYPE Heritage 60 Edition, of which a limited edition – a mere 60 models – are being produced on the occasion of this diamond anniversary. The E-type, “the most beautiful car ever designed ” To make its appearance at the Geneva Motor Show in 1961, the “77RW” prototype, entirely hand-built, was driven to Geneva during a spectacular and predominantly night run lasting 17 hours, by Norman Dewis, Jaguar’s legendary development and test engineer. “77RW” is also the oldest E-type in the world. Never before, and perhaps never hereafter, has the car brought about so much passion, delight and British pride! As from the launch of the E-type, Jaguar had a car that was at least as good looking and fast as a Ferrari, but for a third of the price. It is similar to a Porsche 911, a model that every car designer has in his garage … or at least longs to have. Its six-cylinder is a dream, the driving position is fantastic and even Enzo Ferrari stated it to be the most beautiful car ever designed. Its historical background cannot be underestimated and above all its record of achievements is impressive. In many ways the E-type was designed based on the successful D-type racing cars with which Jaguar claimed numerous successes, including three victories at the 24 Hours of Le Mans in the period 1955-1957. The E-type was originally conceived as a racing car, but it eventually emerged as a road-going sports car and a pure “Grand Touring” machine. This does not detract from the fact that many E-types were also successful in the racing world. We owe its coachwork style to the aerodynamicist Malcolm Sayer. The E-type originally came on to the market either as an open two-seater or a sporty closed “fastback”. Both versions had a similar chassis, a monocoque structure with a frontal support chassis. The power unit was the 3,8-litre engine developing 265bhp, that had proved its reliability in the Jaguar XK. Over a number of years new and more powerful variants came on to the market. The E-type’s look was sensational and swiftly grew into a symbol of the ‘60s. With its highly favourable price/performance ratio, a top speed in the region of 240 km/h and for not very much more than £2000, the car was an immediate hit, especially on the American market. 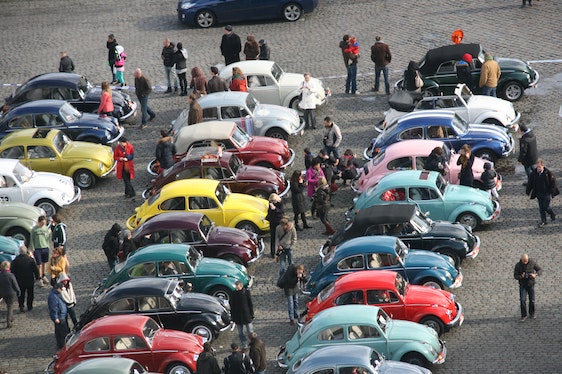 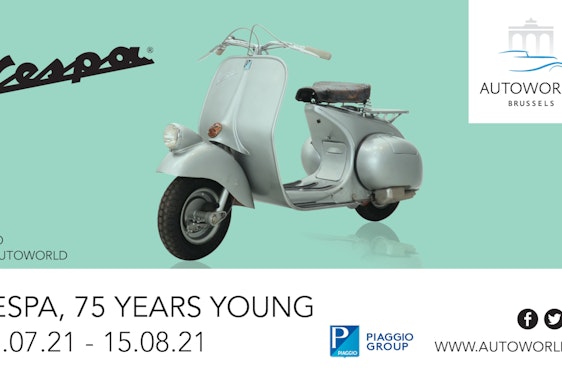 Celebrating the 75th anniversary of those glorious Vespa machines

It is synonymous with freedom, joie de vivre, youth, nimbleness, adventure, independence. In town it weaves in and out allowing one and all to enjoy the pleasures of the open air. Far more than an object, the Vespa is a true feature! To this day both young and old still dream about this ever young 75-year-old scooter. In all countries of the world! In Belgium alone more than 5,000 Vespa riders are affiliated to some sixty official clubs! When it comes to the number of members this places Belgium in second place behind Italy and ahead of Germany. Having made its name thanks to such films as “Roman Holiday” (1953) or “La Dolce Vita” (1960) in which it became its emblem, to this day the Vespa remains a renowned success! it is rather astounding to note that near on one million Vespa models were sold worldwide following the premier of the film “Roman Holiday” in 1953. Patented in April 1946, 75 years ago, by Piaggio & C°, this scooter owes its name to its distinctive shape, its slim waist, its curved rear and characteristic insect like sound (Vespa means “wasp” in Italian). It was Enrico Piaggio himself who gave it that nickname when discovering the prototype. 75 years of history as told by Vespa To celebrate that 75th anniversary Autoworld is exhibiting 75 models taking in all eras and models. With such an anthology, from the most representative through to little known or highly sought-after models by the collectors, this summer exhibition will bring the visitor to the heart of the Italian “Dolce Vita” by retracing the history of the famous scooter. The exhibition will display machines dating from 1947 through to 2021 based on the theme of Vespas predominantly built in Belgian factories (MISA in Jette), French (at Forchambault), German (with Hoffmann in Lindorf), English (by Douglas in Bristol), Spanish (in Madrid), American and, naturally, in the den of Italian founder Piaggio! On display, the very first through to the most recent Vespa models, taking in, among others, the MP6, the highly popular “faro basso”, the first side-cars, the three-wheeled APE and TriVespa light commercial models, a 150 GS ‘Vespone” which for 17 years was the most powerful of the Vespa models, as also a rally version, an CMA Vespa TAP 150cc military version, a “U” model as in “Utility’ (the cheapest of the Vespa scooters at that time and which has become, nowadays, one of the most expensive and most sought after!), but also a 946 fitted with a 125cc engine produced in 2013 in tribute to the first model and the one created this year to celebrate the 75 years of the make … And obviously keeping abreast of the times, we have e-mobility, with a current electric Vespa also on hand… Among them some ten particularly old models, discovered in barns will also be on display in the condition they were found. This exceptional exhibition is all thanks to Mario Catapano’s hard work in mobilising and convincing numerous collectors to loan us their precious jewels…. On Sunday 4th July, around 14.00hrs, Autoworld will welcome some 120 to 150 Vespa models from the anniversary rally and their Vespa riders who will have come from the four corners of the country with their splendid machines. On the Esplanade, in front of the museum, they will form the number “75”. A tribute that will, perhaps, be seen from the sky by Enrico Piaggio. 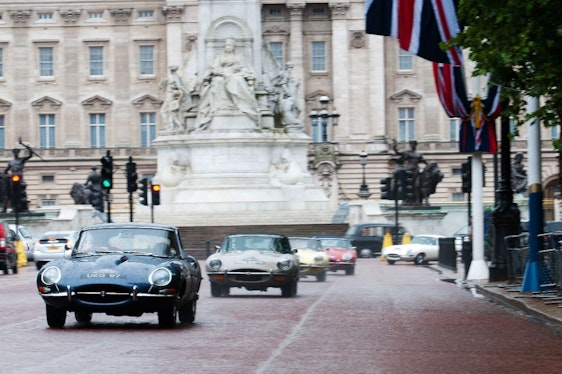 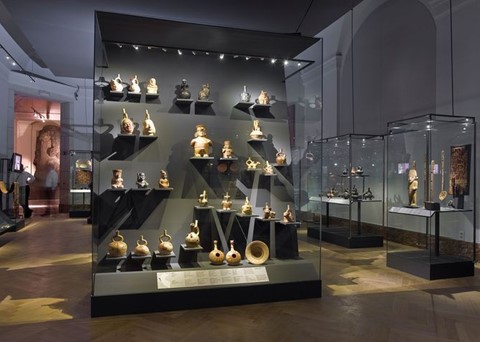 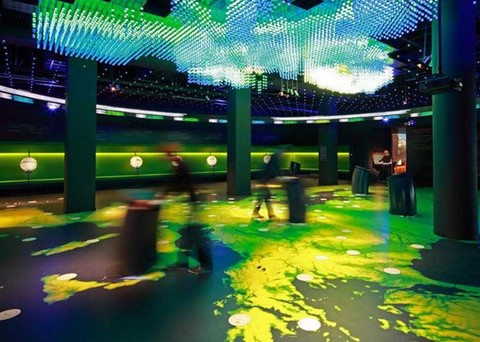